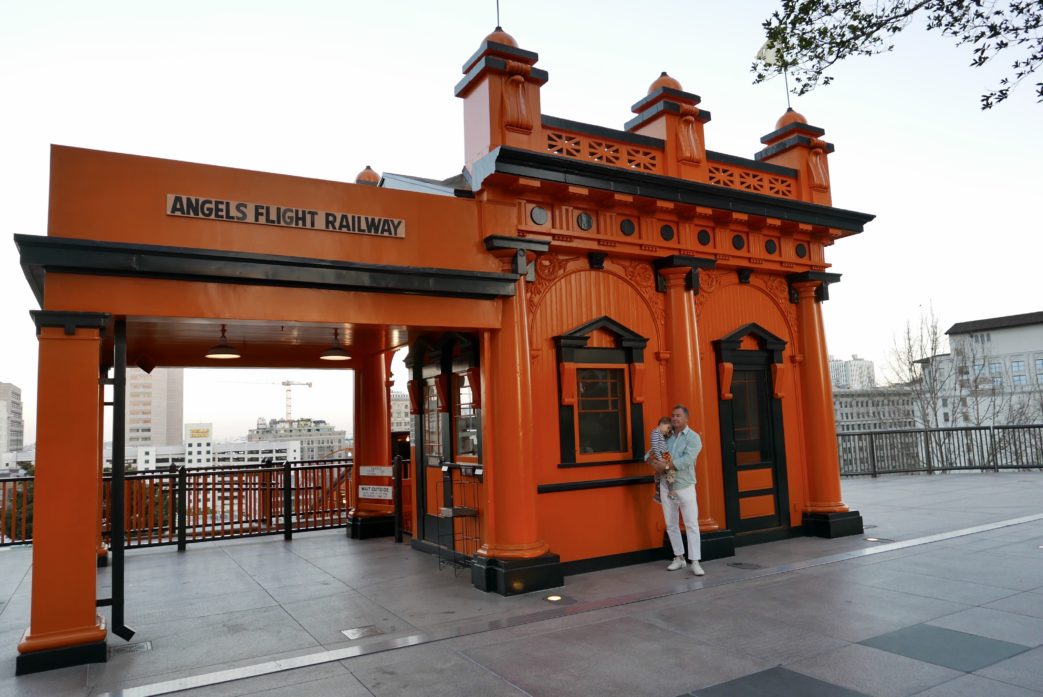 Said to be the world’s shortest incorporated railroad, Angels Flight is a fun stop to plan for when you’re heading to DTLA with the fam. The ride itself will cost you $1 per person each way, but hey, that’s the price you have to pay for history…and there’s a stairway to trek down, should you not want to take the trip both ways.

Angels Flight once connected DTLA LA with the residential area on Bunker Hill. With the new development taking place in DTLA LA during the 60’s, the area of Bunker Hill was eliminated, but the railway car remained untouched.

Angels Flight has since been opened, closed and reopened again, with new safety features added. But with all the bumps along the way (literally) Angels Flight still feels like a ride you might have expected to take in the late 1960’s.

Grand Central Market has since opened directly across the street from Angels Flight. So why not Take a ride… then Grab a bite, drink or dessert across the way and have yourself a nice little adventure.