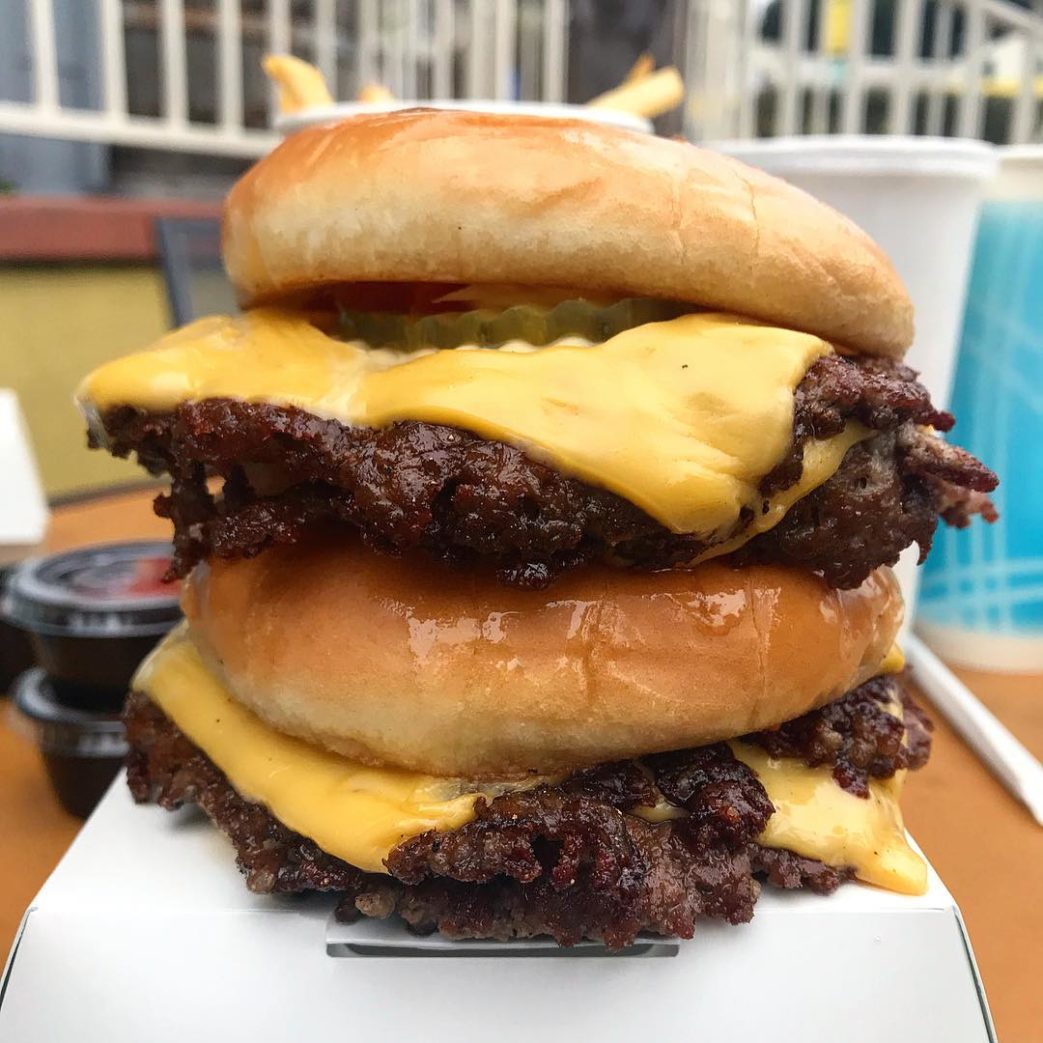 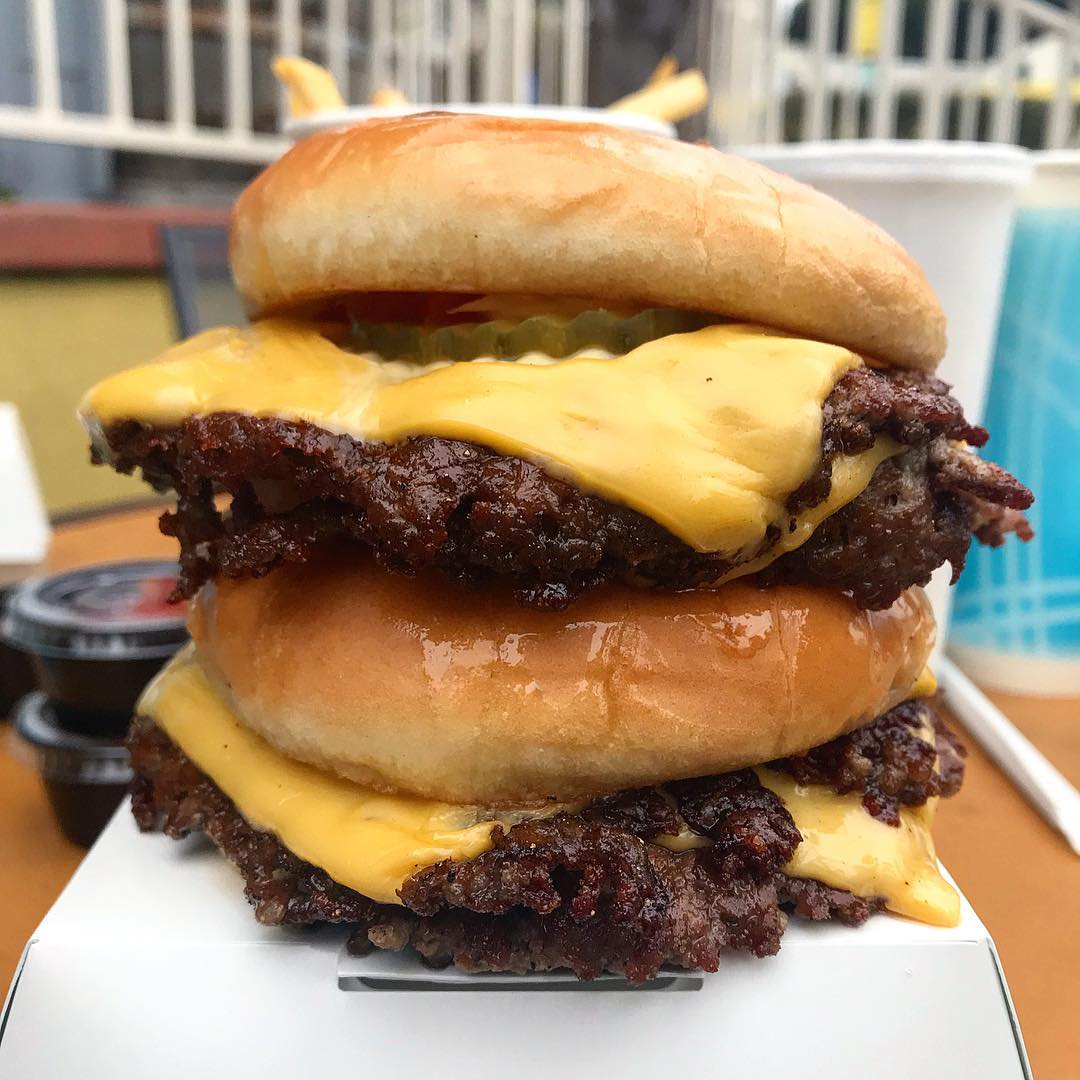 Burgers never say die IS REALLY TO DIE FOR! Or I guess this is something we should never say?(wink wink)

Burgers Never say die could possibly be one of the best burgers in all of LA. I can totally see why “always order two” is a permanent fix in their slogan. Yes, it’s totally true.

The thing that makes the Burger Never Say Die burger stand apart from the rest is that it’s the perfect meat to bun ratio. The meat is thin, and though the patty is doubled up and separated by gooey cheese, it won’t fall apart in your hand! Why? Because the burgers at Burgers Never Say Die are NOT heavy, nor greasy.

The cheese that Burgers Never Say Die uses melts beautifully, almost like a cheese spread. Though the cheese at Burgers Never say Die can’t be confirmed just yet, I can tell you that you can’t find a better one, no matter how hard you look. It’s simply delicious.

I suggest ordering the burger from Burgers Never Say Die with everything on it. EEEEEVen if you are not an onion type of person. They are diced so small like the onions on a burger at McDonald’s, adding another layer of flavor.

Even if you haven’t consumed a McDonald’s burger lately, the burger at Never Say Die will somehow bring the nostalgia of an experience at McDonald’s that you may have had as a kid. Not because of the flavor, but because of the onions!

Burgers Never Say Die is a carry out space for now. The lines are justifiably long. If you are toting the kiddos, I might suggest skipping breakfast and getting a head start on that burger for lunch. The early bird gets the worm they say.

I would definitely throw some toys in your bag and show up before Burgers Never Say Dies opens. The kids will be able to occupy themselves on the cement porch of the coffee shop next door while they wait.

Promise them a picnic in the park afterwards. There are plenty of them around this area. Now is the time to get your die hard foodie game on. Whatever you do, don’t forget to order TWO!!

How you guys holding up? Just when I thought I cre

Hollywood’s Calling YOU to the @annenbergspace f

Open now for viewing at the @usc_pam in Pasadena,

‘Tis the season to make this Valentine’s Day s

Anyone a fan of I Love Lucy? Capri and I had the c

Plant one on someone special this Valentine’s Da

We love diners. Something about the nostalgia real

Happy Lunar New Year! We stumbled upon this gem w

We had such a fun time previewing the sample sale

From our family to yours ... Wishing you the merri

We have been non stop holiday’ing around the cit

These sets are made entirely of Lego’s! Over a